Sentiment /ˈsen(t)əmənt/   a view of or attitude toward a situation or event; an opinion.

Seems inflation has turned into a runaway horse lately. From being largely under control for four decades, inflation began accelerating in the spring of 2020 around the world as economies unexpectedly rebounded from the brief but devastating coronavirus recession. The economic recovery, fuelled by huge infusions of government spending and super-low interest rates, caught businesses by surprise, forcing them to scramble to meet surging customer demand.

So how does consumer ‘sentiment’ play into this equation? The net effect of consumer expectations can have a much larger effect on economic outcome than standard economic theory would predict, becoming more important than actual inflation. When inflation expectations become unanchored in consumers’ minds, it becomes a self-fulfilling prophecy that drives the inflationary cycle.

When consumers and businesses believe that inflation will REMAIN high, they pull forward consumption to today (ie., businesses stock up on raw materials and other inputs, consumers spend on things today that they might otherwise save for). The sudden spike in consumption risks creating a self-reinforcing cycle whereby rising demand creates rising prices, which feeds back into expectations, and in turn creates more demand. Rinse, repeat.

The Bank of Canada recently reported in its Monetary Policy Report (APRIL 2022) that “the outlook for CPI inflation in Canada is higher than previously projected. Inflation is expected to average just below 6% through the first half of 2022 and remain well above the control range through the rest of the year.”

That said, The Bank of Canada does expect a steadily decline in inflation to “about 2.5% in the second half of 2023 and to the 2% target in 2024”. But no one can be certain, not even the Bank of Canada.

“Perception” of future inflation is everything. Any reversal in the current blistering rate of increase to inflation could have positive effects on the consumer perception that the government powers have some future ability to rein in inflation to its target 2% range. That is in part why the Bank of Canada raised its lending rate by 0.50% on March 02, and is hinting that another 0.5% increase could come as soon as June 01.

There is no disagreement that central banks are chasing inflation; the debate is over how fast they need to run to catch up. Many Canadian Banks are crying for aggressive action by the Bank of Canada to move swiftly until interest rates are above their neutral range of 2.5%. That would translate to a prime rate of approximately 4.95%, a full 1.75% higher than the current prime rate (Prime rate is currently 3.20% at time of this writing).

The Bank of Canada Govenor Tiff Macklem recently stated that he “will be considering” a second half-point increase when they next adjust the policy rate on June 1. Without a profound slowdown in the Canadian economy, you should expect the Bank of Canada to pursue the neutral rate, and pause to as inflation pressure adjustment.

Hang on. Life is going to be moving quickly for Variable rate holders.

Back to Main Blog Page 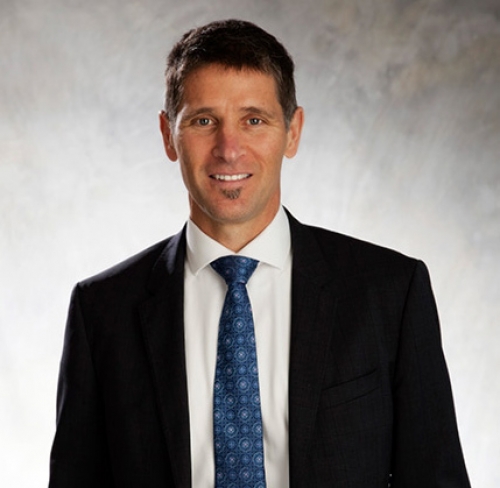 Having Harold Hagen assist me in the process of purchasing my first home couldn't have been a better experience! Harold is an extremely attentive a..."

I recently purchased a home and I asked Harold to assist with lining up the mortgage. Harold was recommended by a friend of mine who had just secur..."

We knew Harold on a personal basis first and as a result, learned about his work. Based on our connection, we made the choice to hire him to assist..."

We met Harold through a friend who had a great experience working with him. This was our first home purchase and it truly went easier than we expec..."

We have worked with Harold twice now. For our first home purchase we did a lot of shopping around and talking to banks. Harold was recommended by o..."

We met Harold through a professional networking group. His warm and caring personality, as well as his professionalism stood out to us consistently..."

A friend of ours referred us to Harold. We’re not first time home buyers and it’s been quite a while since our first purchase. At that time we ..."

We met Harold because he was referred to us by our financial advisor. We were looking to purchase a home for a family member. It had been many yea..."

I met Harold through a friend who's a realtor. After a separation I was faced with either moving and starting over, or taking out financing on the ..."

'We knew Harold through the owner of the property we were renting. When that home was put on the market, we ended up looking for a home. We natural..."

Our daughter wanted to become a homeowner, but to navigate this purchase, she needed some assistance. I knew Harold from some previous professional..."

Thank you so much for all your care, attention to details and hard work. The pre approval process really help make our first time home purchase a ..."

Harold was referred to me by a co-worker who had been happy with his services. We went to Harold for our 5-year mortgage renewal. We were unsure ..."

When the lockdown happened this year, we got motivated and saved up our downpayment. This was our first real estate purchase and actually our realt..."

I would just like to personally thank you in regards to our latest mortgage renewal, you made the entire process smooth and painless. We will defin..."

I came to know Harold through attending the same community races. I saw he was a warm, caring person with lots of fun energy that drew other people..."

My employer had a good experience with Harold's services and recommended him to me for my mortgage refinancing. The process was definitely easier t..."

Excellent 'service' and attention to detail. You walked us through everything so there were no surprises at all. Highly recommended for sure!"

I would just like to personally thank you in regards to our latest mortgage renewal, you made the entire process smooth and painless. We will defin..."

Initially Harold was referred to David by a friend of his, and the real estate purchase at that time was a condo. Fast forward three years and Davi..."

As new homebuyers our process was both unique and complicated. Our downpayment was coming from more than one source and this created some challenge..."

Harold was recommended to us by a realtor we trusted. We liked that he had a 5 star excellence & personability rating as well. We are not first tim..."

It was important to us as first-time home buyers to be able to work with someone who we could trust. Harold earned our trust quickly and in several..."

I became acquainted with Harold through business and he came highly recommended. I decided to trust the referral I was given and I’m so glad we d..."

Harold genuinely cares about his clients and does the research required to ensure his information is factual and correct. He conducts himself in a ..."

After coming through some challenging times we had the opportunity to secure a mortgage. We had endured these tough times partly because of some su..."

I purchased a home this summer and worked with Harold Hagen, who was referred by my realtor. I knew Harold from a few years ago, because I purchase..."

I was searching Mortgage brokers online when I discovered Harold's service and after reading his reviews, was comfortable reaching out to him. We ..."

What a pleasure as always working with Harold Hagen!! I have referred him to friends, and he has been a shining star! He pulls magic out of a hat..."

It can be stressful when someone is looking for a mortgage, and adding to that a competent mortgage broker, all enough to create unnecessary anxiet..."

As we were referred to Harold for advice and guidance with the mortgage refinancing of the family home, we could not have been more pleased with th..."

I initially met Harold five years ago when he helped me arrange my mortgage. He was recommended by my realtor. I needed Harold again this year when..."

What an experience and what a Mortgage broker! I can only say how thankful we are. Great job!"

I just want to say thanks. From the first phone call to the end of the process you made things seem easy. Thanks again for everything."

Fabulous service from a great and knowledgeable Mortgage professional. Glad we decided to go with you versus the banks. Thanks again!"